In an interview today, Manchester United star Roy Keane publicly criticized England, which had previously announced that it would wear the armband but did not wear it in the opening match of the World Cup Group B match in Qatar, which beat Iran 6-2. , And think their decision to get cold feet is wrong, at least they should stick to their position in the first game and accept the violation punishment of FIFA (FIFA).

FIFA (FIFA) announced a decision with less than 24 hours left in yesterday’s World Cup match between England and Iran, saying that it banned the team from wearing any equipment not provided by FIFA on the field, including the “One Love” anti-discrimination campaign. Captain armband.

The armband aims to advocate a comprehensive concept of tolerance and anti-discrimination, calling on people to oppose discrimination in any corner of the world, and at the same time solidarity with sexual minorities convicted in Qatar and foreign workers who have been treated badly.

Before the opening of the World Cup , in addition to England, seven other countries including Belgium, Denmark, France, Germany, Switzerland, Wales and the Netherlands pledged to participate in this “anti-discrimination” armband activity, and planned to let the captain of the national team participate in the Qatar World Cup. Wear it in the middle of the day to promote the message of anti-discrimination and tolerance of diversity. Worried about being punished for eating yellow or disqualified from the game, countries including England decided to withdraw

However, with the ban of the National Football Federation, it also strongly stated that if the captains of the national team insist on violating the rules, they will be punished with yellow cards, suspensions or fines and other sports sanctions. To avoid players being expelled from the field because of the armband, it was decided to retreat and let the captains of various countries follow the regulations of the National Football Federation.

Immediately after the FA’s statement was released, similar statements were issued by the FAs of Germany, Wales and the Netherlands. England captain Harry Kane, 29, and manager Gareth Southgate were also disappointed by FIFA’s decision after the game. Southgate said, “These things are beyond our control, and the armband issue is not something that players can deal with. What can be done at present is to focus on football and complete all the things that you are capable of doing well.”

The Welsh team coach Rob Page, who participated in this activity, also revealed before the game against the US team that he had already prepared the amount of fines, but because he did not want his 33-year-old captain Gareth Bell to risk a yellow card or dismissal. Risk, so England decided to follow the rules of the FIFA. Page also emphasized that it is unfair to insist on the captain wearing the armband, because they have violated the World Cup for so long, and now they are suspended for carrying out this activity, which would be the worst and unfair situation. “Whether it is prohibited or not, it cannot violate the position”

The outside world naturally understands the dilemma of the national football associations. But the famous star Keane publicly stated today that if he did not wear the “One Love” armband because he was worried about being sanctioned by sports, this was definitely the worst decision.

"That would have been a great statement!" 🙌

He believes that even at the risk of being sentenced to a yellow card, he still carries out this activity, which is enough to express the best statement and position on advocating anti-discrimination, at least in the opening game, he has the courage to prove to the world the unity and belief of the FA strong stand. Keane also added: “Regardless of pressure from the outside world or FIFA, you should strengthen your goals, positions and beliefs instead of shrinking.” 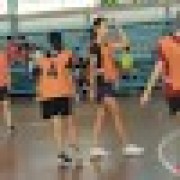